Posted at 19:38h in Prototyping by Javier Fuentes 0 Comments

DSC Group’s entry for the Kazakhtan National Pantheon competition intends to create a unique space of worship to the deceased having respect to the nation’s many different traditions as the main goal. The project is developed from the elements that combine the different religions in a common place, the Pantheon, which becomes the core element of the project. On the other hand, the circle is also present in the symbol of Kazakhstan, both the flag and the shield, which makes it a referential symbol.

Traditional Kazakh burials consisted of small mounds. The body was deposited in a circular pit and finally covered with stones and earth, creating small hills along the landscape. This type of funeral rituals has been repeated in different cultures and  parts of the world. In fact, these burials became a common cult activity throughout history.

Besides general project support, archiologics was hired to develop a parametric tool to build the 3d model. Due to the complexity of the dome geometry -a 3d voronoi, it was necessary to create a specific tool that would not only articulate the structural and void parts of the domes, but also automate the 3d-printing process to the maximum. A grasshopper parametric model was designed in order to accomodate all 14 different spheres, which allowed the process to speed up. In fact, the parametric logic was crucial to design feasibility, and a key tool to make model-making proper and successful.

Indeed, the model includes various 3d printed pieces, including 14 different dome shells, and EFTE-mimicring parts. It was necessary to build 28 mock-ups, which served not only as such, but also as the negative forms of the final domes. The whole process took 9 days to complete -including numerous iterations and material tryouts, which would have been unthinkable without an algorithmic-based approach. 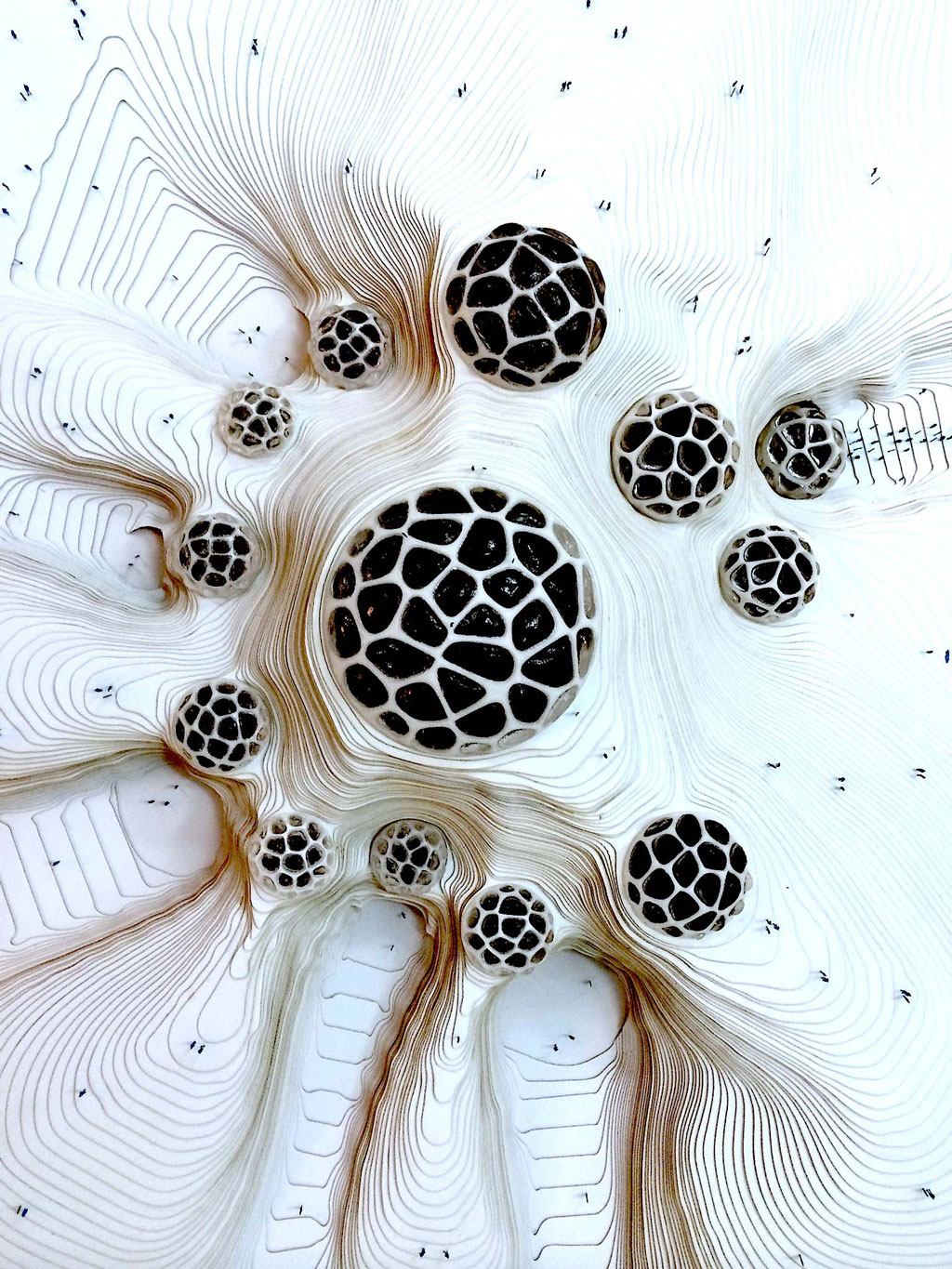 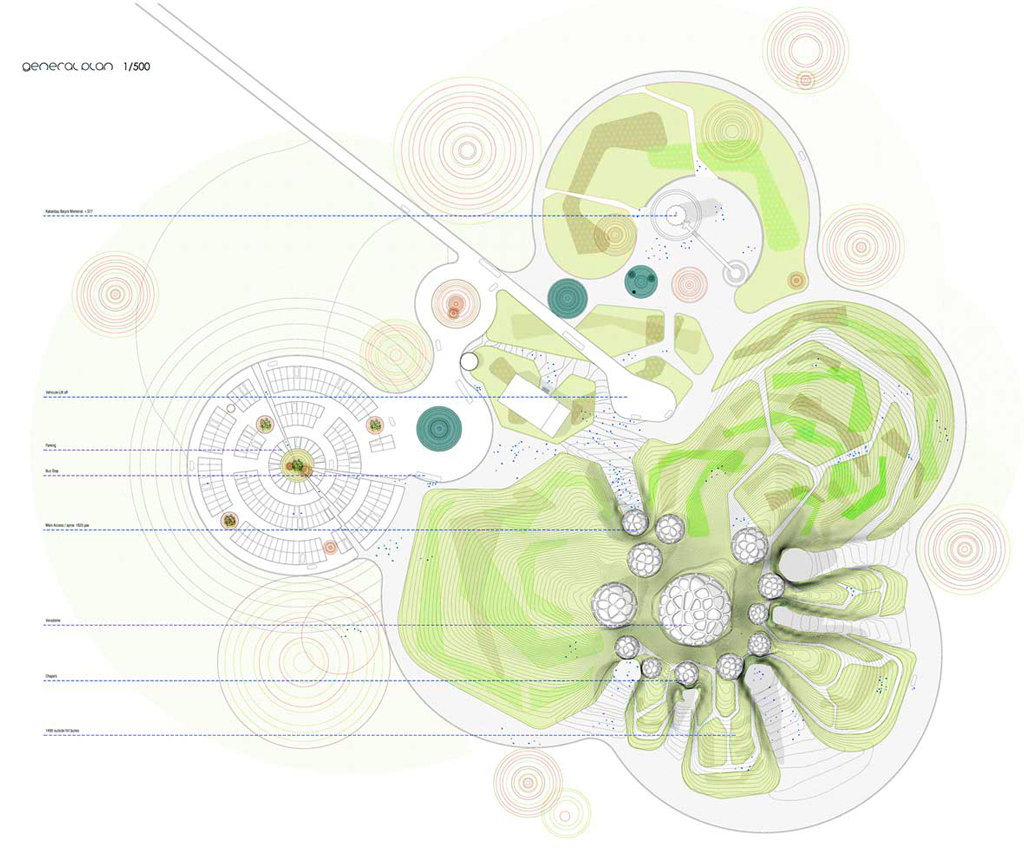 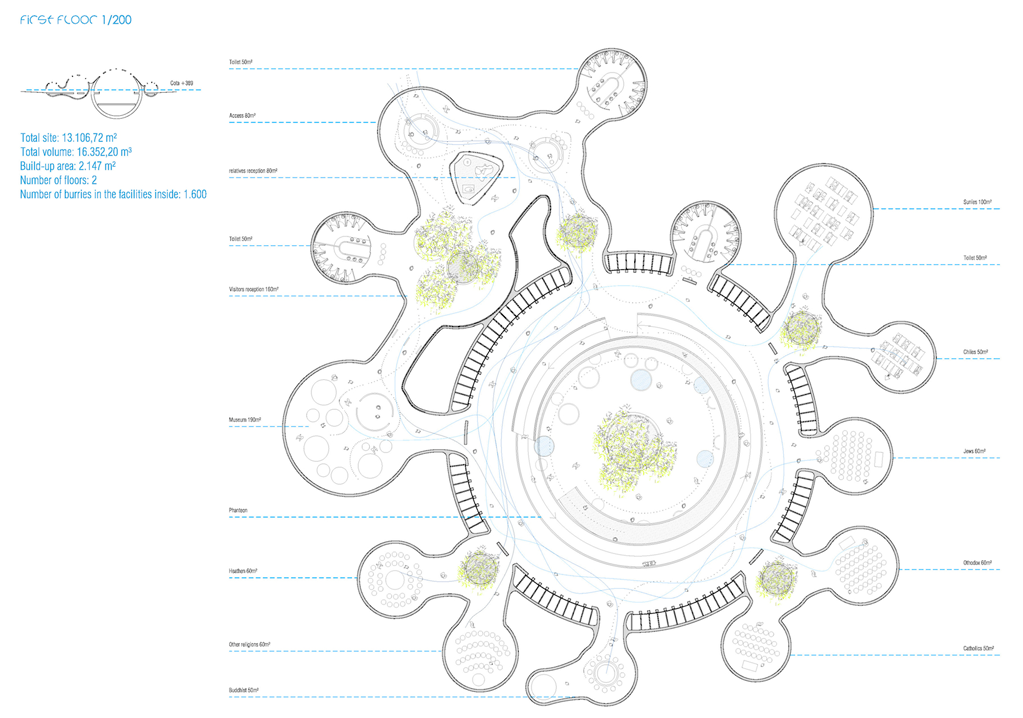 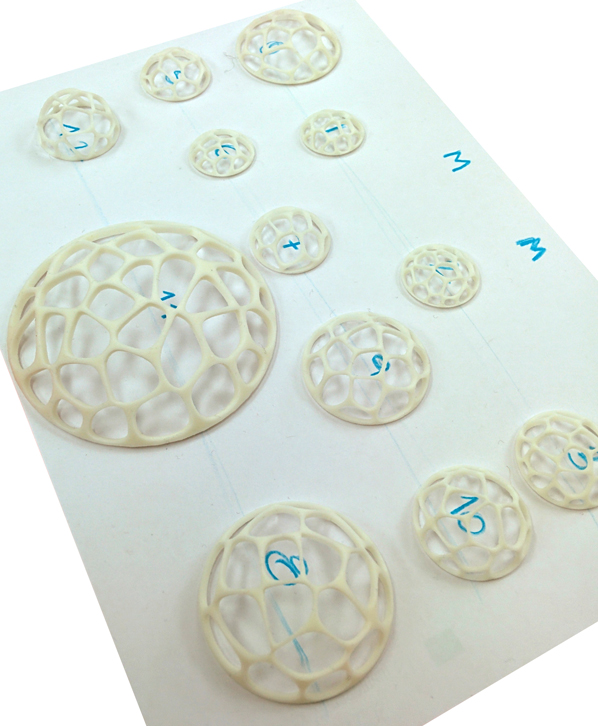 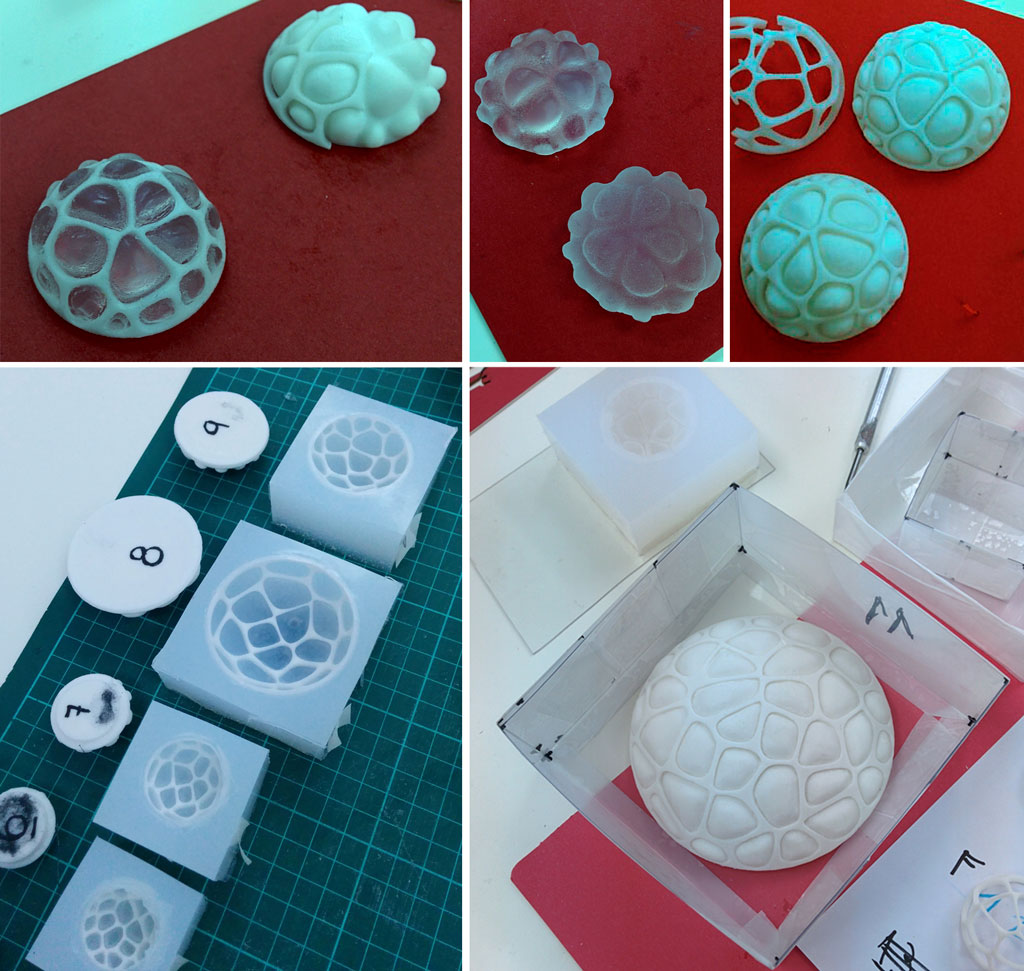 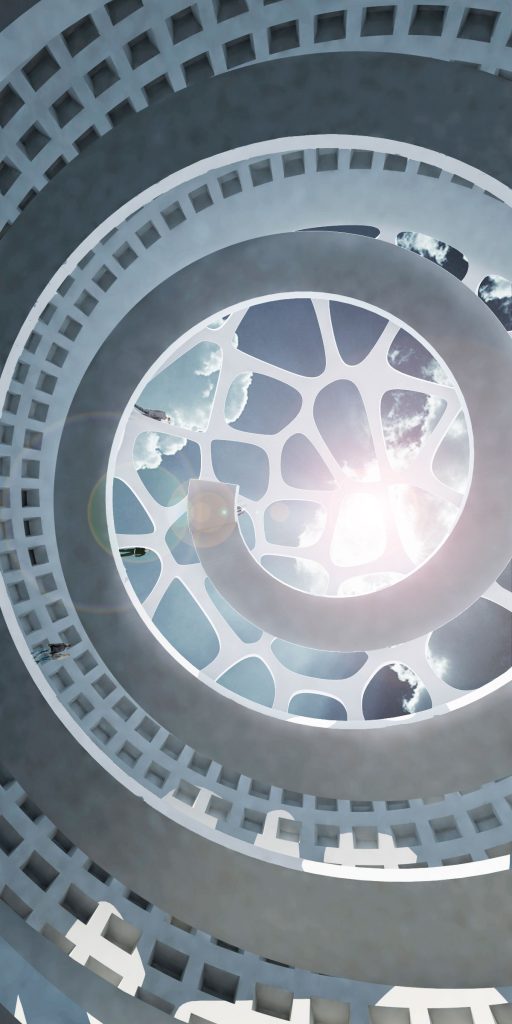 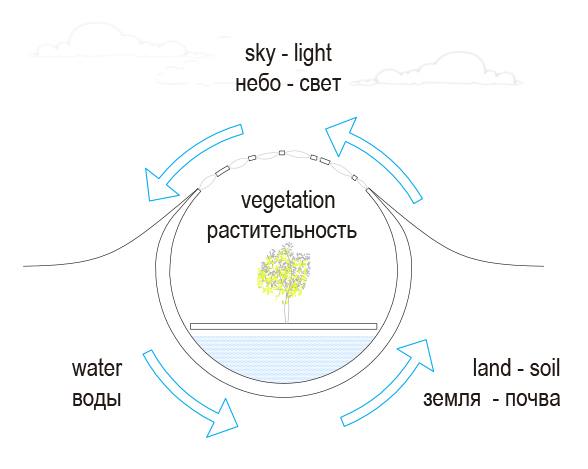 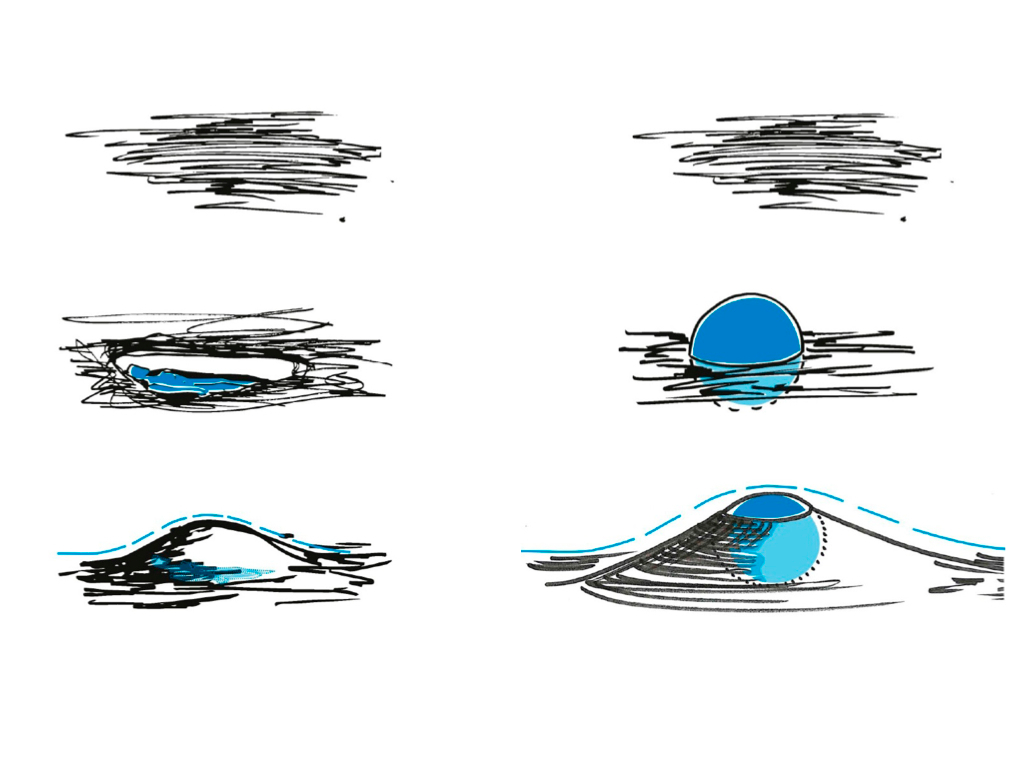 Send this to a friend

According to the EU's GDPR law we inform you that this website uses cookies in order to show media content properly, to display our social channel's feeds, and to anonymously analyze web traffic; so we can keep improving our website and your user experience :)
AcceptRefusePrivacy Policy
Revoke consent