Posted at 20:05h in Featured, Projects by Studio Archiologics 0 Comments

Beginning 2013 archiologics was commissioned to develop a stregic plan to develop high-quality office spaces for rental purposes in key plots at the very heart of Madrid City. The first plot is located in northern Madrid, very close to the Plaza de Castilla transportation hub, and just a couple of minutes away from the brand new office and hotel complex in the Castellana-Chamartin extension. The second one, also strategically positioned, hosts a high-rise wich intends to reactivate the economy of the city.

A study for a 10000 sqm office complex in northern City of Madrid. This proposal includes a volumetry study -which implements shadow and sun-cover areas, a functional study -proposing the program, and an aesthetic study -resulting in a variety of facade proposals that need to deal with the building program, reduced building costs and a controlled building timespan. The idea is to create differentiated and contained, accesible, interior, semi-public urban spaces that serve both as parks and as programmatic pedestrian traffic flow devices. 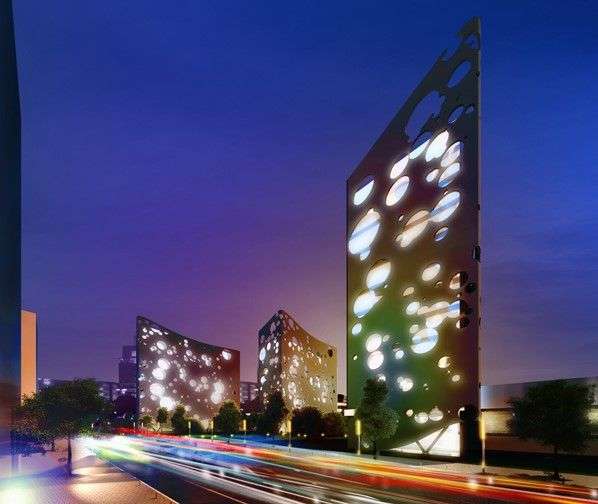 The proposal for Joaquin Costa includes the integration of the office tower within an existing plot with hard to deal with conditions, such as the presence of protected buildings and the referential tower of BBVA, which constitutes on most remarkable Madrid City landmarks. We also had to bdeal with strict regulations and the reallocation of some spaces that needed to be demolished. 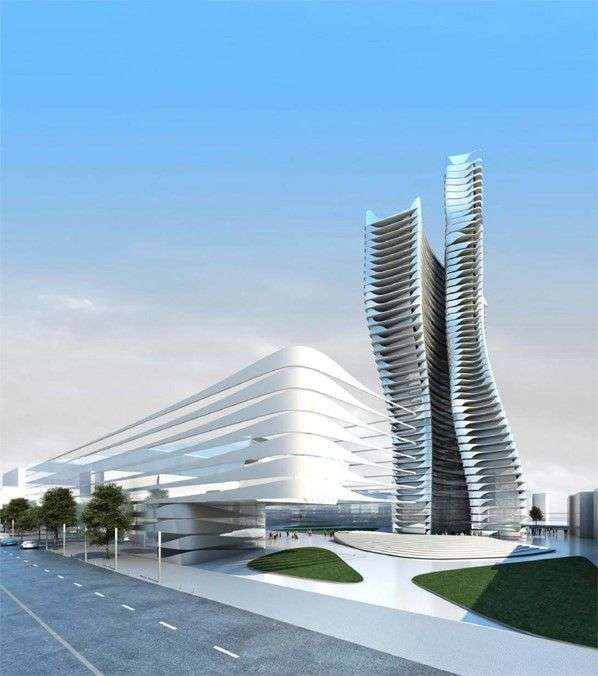 The aim is to provide the city with a reinforced financial anchor point in Nuevos Ministerios, also a transportation hub connected with Plaza de Castilla through Paseo de la Castellana, undoubtly the most referential economical axis of the city. The tower seeks to provoke aesthetic attraction and improved working conditions, as well as an enhanced urban operation that may offer a tranqulity spot for the users and workers in the area. The split facade offers optimal ligthting conditions while allowing for sun protection, which is also taken care of by an special facade design that enables that double condition. The shaders are both solid and linear elements that increase or shrink in size according to the spatial requirements, while emphasizing the overall volumetry of the building. 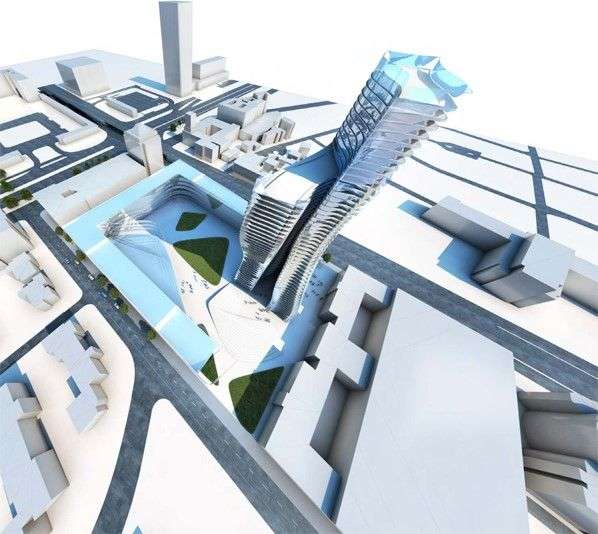