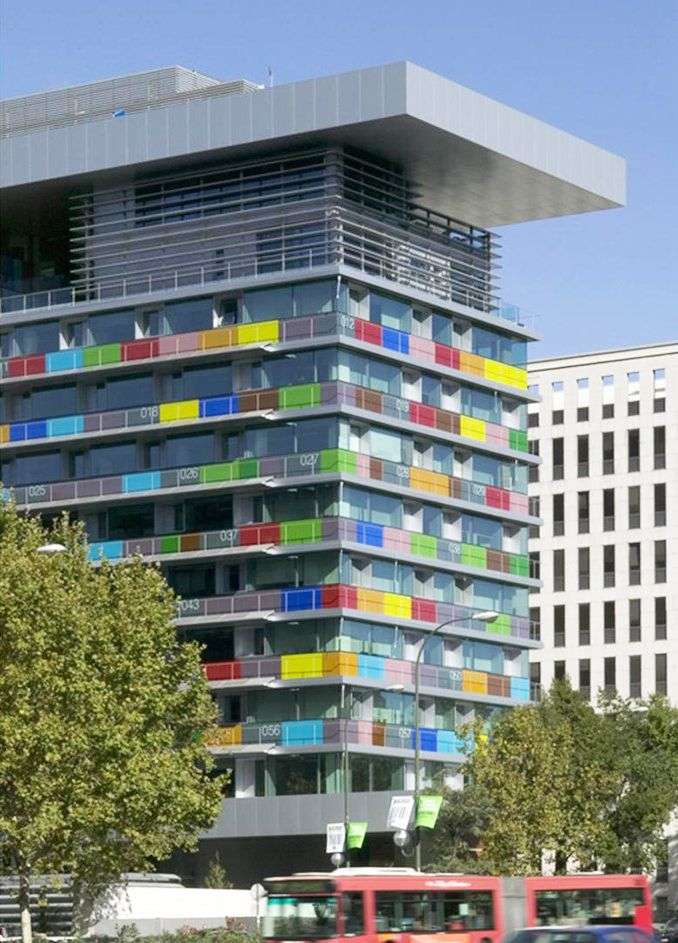 Posted at 22:18h in Construction Management by Studio Archiologics 0 Comments

Archiologics has developed a labour of construction management and on-site project planning in construction of the INE building.

The facade “Diaphragm Decafónico Digit” by the sculptor Pepe Cruz Novillo, covers the southern and eastern façade of the building is a colorful and highly expressive work, where a combinatorial color transcribing a series of numbers equivalent to 58 are shown numbered from 001 to 058 statistical data of the country, the year 2007 when the building was opened. The facade thus explains the work done by the INE and active both physically and conceptually the world of facts, statistics, and figures in which this institution works.