Posted at 16:17h in Algorithmic design by Studio Archiologics 0 Comments

In a post-singularity scenario, cities will react to inhabitants’ stimulous real-time, allowing for a total interaction. In order for this to be possible, the project takes a serious study of emergence as point of departure. Technology is used to process data and create behavioural relationships which shape the city at many digitally and societally-enabled levels: as place of relations, knowledge, information fluxes, codes, regulations, entropy, scarcity -or its lack- and its own environment.
Numerous simulations have been created in order to understand the complexity of the system and feed back the process in an attempt to finally understand processes through which to apprehend space, territory and communication through knowledge and technology.

The model of the project intends to re-create phenomena present in “strong”, type III emergent processes (according to Jochem Fromm), in an attempt to identify emergent behaviour which could give a hint as to how urban phenomena can be understood and processed.

The city is recreated through an ABM (Agent-Based Model), which operates at low-level through the identification of significant urban stakeholders. In doing so, several feedback loops are created at different levels of interaction: agent-agent, agent-environment, agent-system, system-environment.

The main agents of the systems intend to characterize the growth through the interaction of particles of different kinds, including connective space, built space, and public space (voids). The different relationship between these agents define utterly the consistency of the model, giving birth to a non-linear paradigm that offers a huge amount of information to the user and provides a robust framework for informed decision-making.

The geometry of the new city can be understood as a mapping of the different variables involved in the process: density, program, clustering, massing and relationship to street agents. In that sense, the city becomes a disjoint network, meaning the result of several forces which do not sum up as a whole, but rather as a complex, unpredictable system.

This complexification implies that the surfaces of both the building envelopes and the public space absorb the information of that system, allowing for differentiation in time and space, thus responding to changing local conditions throughout time. Nevertheless, this model should be understood as a design driver for the multiple agents involved lastly in the design and construction process. 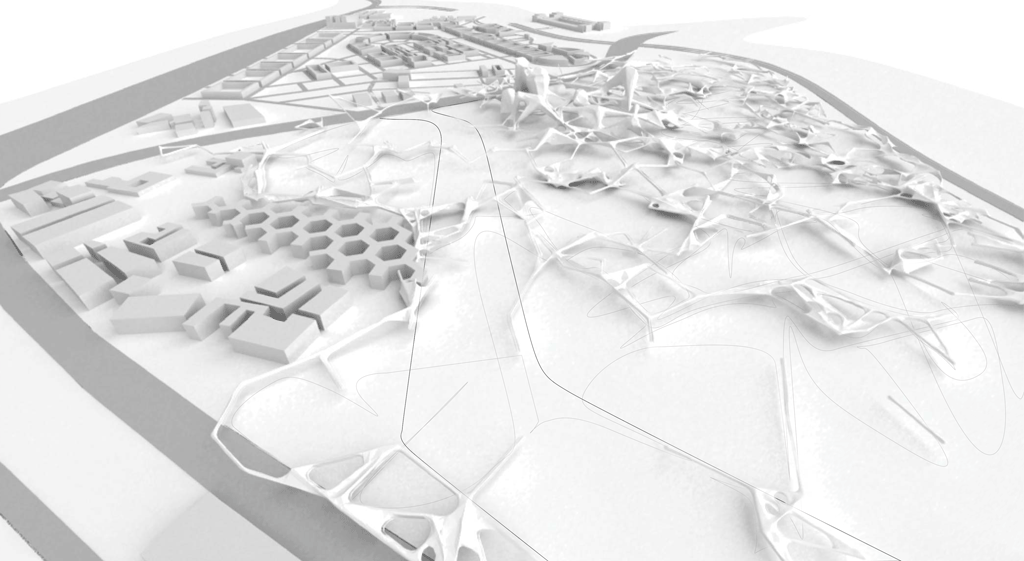 The simulation of the city growth necessarily implies a hierarchy of growth: connective space of various kinds (streets, pedestrian space) are first created (either randomly or under the user’s criteria), which will instance the simulation at the first place. Then, as agents are created in the model, both local and general program densities are constantly measured, influencing the behaviour of the system and forcing itself to readjust to the new conditions every single state of its evolution.The program is able to specialize and spatialize through subdivision once a certain local density has been reached, creating differentiated areas of knowledge, speed and users. Also, diverse clustering conditions can be reached by the system, allowing for a larger variety of simulations.

The systems allows for embedded information in the building envelope. 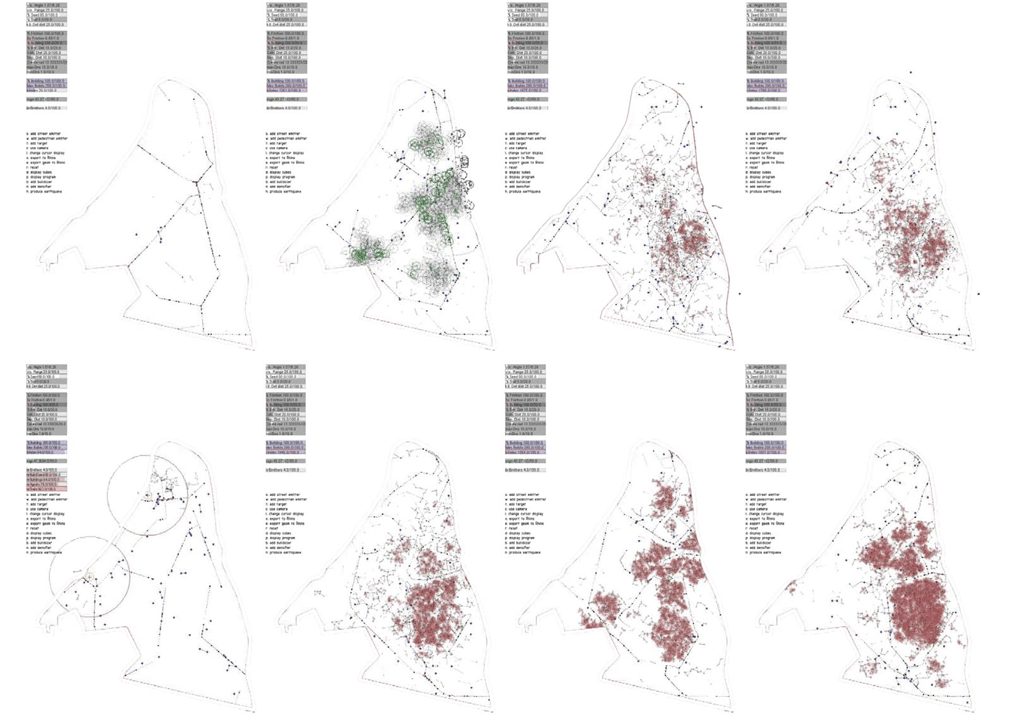 Simulation instances according to varying boundary conditions and parameters.

Urban growth is understood as a never-ending process (in a non-linear system far from equilibrium). The city evolves into a more intelligent entity, capable of reacting to stimulus real time. 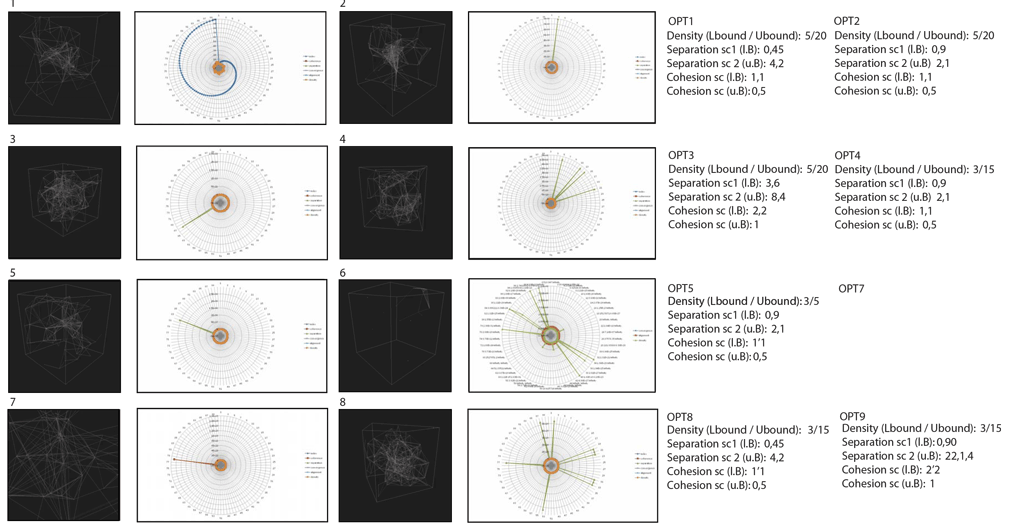 Experimental geometry and re-reading the system: the final geometry, though seeminlgy arbitrary, responds to very specifically-defined conditions, such as environmental influences, existing infrastructures or purely planning tools implemented in the simulation. This allows for a re-understanding of the system behaviour through a simultaneous analysis of process and result.